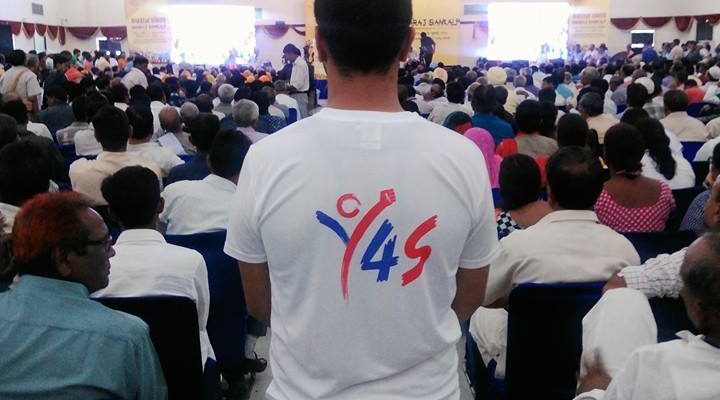 Under the guidance of Professor Anand Kumar, a Shiksha Swaraj Youth Convention was held at the Mavlankar Hall, Constitution Club in New Delhi on November 3, 2015. The Convention discussed problems afflicting education in our Nation, along with different ways forward to counter this regrettable state of the education system in the country. The Convention was attended by Prof. Anand Kumar, Yogendra Yadav, Ajit Jha, Prashant Bhushan, Patiala MP Dr. Dharamvira Gandhi, Timarpur MLA Pankaj Pushkar, DUTA President Prof. Nandita Narain, Prof. Chaman Lal and Anupam, along with students and youth representatives from various parts of the country.

The convention concluded at 5:00pm after which all participants marched to UGC in solidarity of “Occupy UGC” movement. It was then announced that Yogendra Yadav would sit on protest for the night outside the UGC office.

The Convention was interspersed by a musical performance by Raghu Ram of the band Indian Ocean.