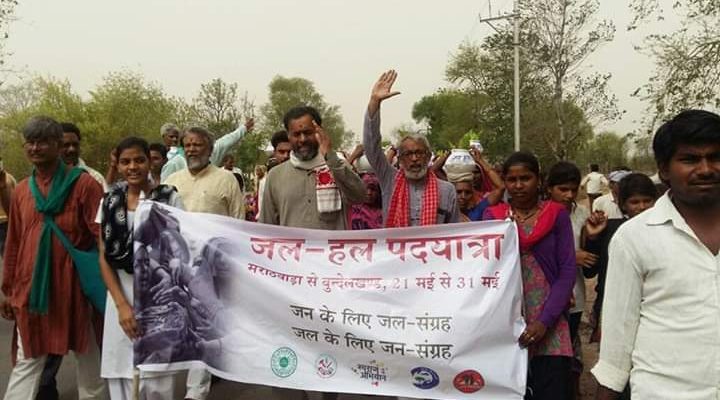 After the Samvedna Yatra and the historic petition filed by Swaraj Abhiyan in the Supreme Court of India led by Prashant Bhushan, this yatra was undertaken to fight for those rights. The main objectives of the march  was to address the growing rural-urban disconnect; farmer-youth disconnect and simultaneously create awareness amongst people by organizing meetings with village panchayats and farmers and telling them about their rights. Following the historical judgment of the SC, the yatra was creating awareness about the verdict and about the farmers’ rights. Drought is not just about shortage of water, but it ultimately leads to food crisis. Today, there is a great divide between Bharat and India and this is why this yatra has a bigger relevance today.  Rajendra Singh of Jal Biradari – known as “Waterman of India”, who joined the march also interacted with the villagers while explaining the methods of promoting water conservation, water management, and traditional rainwater harvesting.