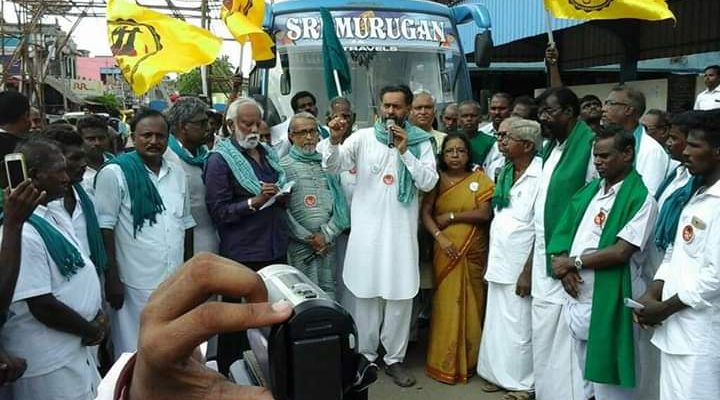 Highlighting various demands and rights of farmers, including drought relief, members of the Jai Kisan Andolan, a movement for farmers rights launched by Swaraj Abhiyan, Ekta Parishad, the National Alliance of People’s Movement, ASHA and other farmers organizations launched a yatra of seven drought-hit districts in Tamil Nadu on Thursday.  The march is intended to make farmers aware of their constitutional rights in drought situations. At meeting held at villages, Swaraj Abhiyan leaders briefed farmers on the provisions of various laws and measures meant for protecting them such as the National Food Security Act, the MNREGA, crop input subsidy and loan rescheduling. The yatra is also to assert farmers’ right to avail relief under the National Food Security Act so that no one is deprived of food in times of calamity.