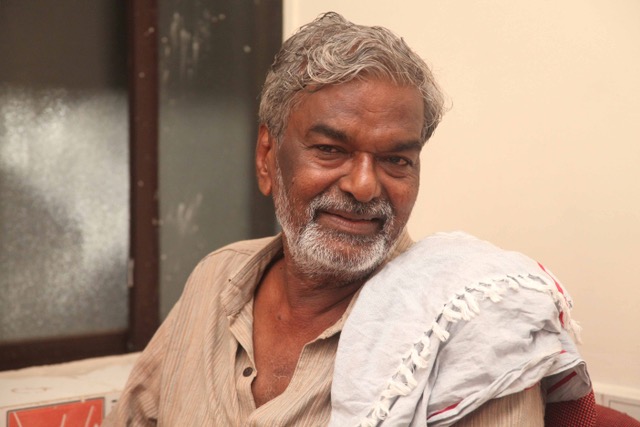 “This interview was conducted in Kannada by Dr. S Tukaram“

Edited and translated by Rashmi Munikempanna

Why has your party Swaraj India not fielded any candidates for the Lok Sabha elections in Karnataka?

Swaraj India, that is the coming together of the farmers’ movement and the Dalit movement, has a base in the Zilla and Taluk Panchayat constituencies. Hence we haven’t fielded. In this Lok Sabha election we are supporting Prakash Raj, an independent candidate.

Then, what is your work in the remaining Lok Sabha constituencies?

Swaraj India is part of an awareness campaign called ‘Deshakkaagi Naavu’. We have created a space during the electoral process for highlighting and discussing of issues like unemployment that is tearing up our country, the faltering agricultural sector etc.

After having tried and failed to make emotional issues into electoral issues they are disoriented and screaming ‘Modi Modi’. Those screaming like this are by and large unemployed young men. Statistics tell us that unemployment had not reached such levels in the past 45 years. A man who came to power promising the creation of crores of jobs a year, instead of doing that, hasn’t even kept the status quo. Instead has destroyed jobs. I don’t understand how these people who break promises take the name of Ram who was true to his word. Probably it is possible for those who don’t feel the twinge of a conscience. That is why the BJP President, Amit Shah, calls their own electoral manifesto promises that brought them to power as ‘electoral jumla (lies)’. This is the pinnacle of shamelessness.

But the BJP says, ‘Country first, party next, last the individual’?

Don’t look at what they say. Look at what they do. With what face do the ones who are selling national assets say ‘country first’? Isn’t this like selling the country? Also what does it feel like to see the ups and downs in the Prime Minister Modi’s talk and gestures? Doesn’t it look like the gestures and talk of an auctioneer? And when you come to the question of party, where is the BJP party? It is only a screaming herd. There are only two people there. There is no place for even a third. Also do take a look at the central cabinet – there is just one person there! The remaining ministers are just the Prime Minister’s servers. What the BJP says ‘Country first, party next, individual last’ that Modi has turned upside down. See this election’s manifesto – only Modi’s photo is there.

Then is it your allegation that Modi is moving towards a one man show?

You don’t have to read the shastras for that. It is the helpless whisperings among BJP leaders that Modi’s is indeed a dictatorship.

Before, even Indira Gandhi had allegations of being a one person show?

Yes it did exist. But there’s a difference between the two. During Indira’s rule – she brought about some reforms that helped the poor, the voiceless, the vulnerable. But under Modi’s rule just a handful of corporate companies saw a growth of lakhs of crores of capital with Prime Minister Modi conducting his work like a manager. That is why the saying has come about that in Modi’s ‘Mann ki Baat is for Antyodaya (emancipation of the have-nots); but Dil ka Kaam is service to the haves’.

You were someone who was in part of the Lohiaite Samajavadi Yuvajana Sabha. What is your opinion today regarding Lohia’s anti-Congress stand?

Castes and tribes have not remained one homogenous group after the Panchayat Raj electoral system came into force. So they are split into various groups aligned with different parties. The situation is no different among the sub castes in the Dalit community. It is only those who fail to understand all these political dynamics who say that a particular caste votes enmasse.

Is there a future for new politics?

New faces such as Kanhaiya Kumar, Jignesh and Prakash Raj are bringing into being a new political system. I sincerely wish them victory. Only when people like these come to power will the country’s politics change.

Devanoora Mahadeva is a Kannada writer who has been conferred with both the Padma Shri as well as the Sahitya Academy award. He returned both in protest against the growing intolerance in the country. A public intellectual, Dalit activist and Swaraj India leader, he has been a guiding force for various social movements within the State and the country.