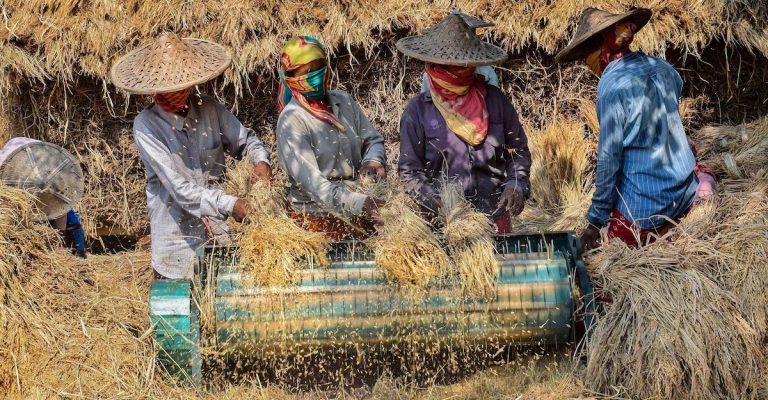 My friend Ajay Vir Jakhar, who runs Bharat Krishak Samaj and is currently the Chair of Punjab Farmers’ Commission, has tweeted a mischievous request asking for names and contact details of those farmer organisations that support the three “historic” ordinances passed recently for the agriculture sector.

He asks this question even as he knows the answer: none. None of the myriad farmers’ organisations, unions, coalitions with any mass base, with the possible exception of the BJP’s own Bharatiya Kisan Sangh, have welcomed or even supported the Narendra Modi government’s three laws on agri-marketing. All the organisations that I know of and work with have vehemently opposed them. That should set everyone thinking. Are these ‘historic’ moves really going to work for the farmers?

This reform package combines three laws, all introduced through the ordinance route. First, the Modi government has amended the Essential Commodities Act to remove the existing restrictions on stocking food produce. Second, it has introduced a new law — The Farmers’ Produce Trade and Commerce (Promotion and Facilitation) Ordinance, 2020 or the FPTC Ordinance — to end the monopoly of the Agricultural Produce Market Committees (APMC) and allow anyone to purchase and sell agricultural produce. Third, another law — The Farmers (Empowerment and Protection) Agreement on Price Assurance and Farm Services Ordinance, 2020 or FAPAFS — has been enacted to legalise contract farming, so that big businesses and companies can cultivate vast swaths of land on contract.

I am not claiming that farmers’ organisations have the final word in this matter. Opposition of farmers’ organisations to these may well be the result of a trade unionist resistance to change, knee-jerk opposition-ism, or prejudice against the Modi government. I am conscious that many pro-farmer analysts, whose wisdom I draw upon, have endorsed these ‘reforms’. These include economists such as professor Ashok Gulati, former agriculture secretary Siraj Hussain and analysts such as Harish Damodaran. So, we must approach these with an open mind.

Let us begin by noticing the timing and the method of these ordinances. Even the advocates of these laws agree that none of these have anything to do with the coronavirus or the lockdown. These changes do not even pretend to address the demands or the acute needs of the farmers during this period of distress. So, its inclusion in the Covid ‘relief package’ was purely a distraction. There is nothing so urgent in any of these three laws that calls for bypassing Parliament through an ordinance. These measures have been debated for decades and could wait a few months for Parliament to reconvene.

Besides, it is not clear what gives the Modi government the power to legislate upon agriculture and intra-state trade, which are state subjects. True, trade and commerce of ‘foodstuff’ is in the concurrent list, but if states have the right to pass APMC Acts, surely they have the jurisdiction to bypass APMCs. In any case, there is not even a constitutional fig-leaf that gives the central government the power to legislate on contract farming. Prima facie, the FAPAFS is unconstitutional.

If the Modi government really wanted to bring about historic changes to agricultural laws for the benefit of the farmers, why did it need to evade public and parliamentary scrutiny? Why bring these changes through the back door, in dark hours of a national medical emergency, displacing the constitutionally mandated state governments?

I can anticipate the response to these objections. The honest defenders would say: you are right, this is procedurally all wrong, but it was needed. So, let us address the substantive issues.

Let me begin by agreeing with the supporters of these ordinances on one basic point. Agricultural markets are over-strained by a web of outdated laws that were codified with a food scarcity mindset. State intervention at every step is not a smart idea and can often be counter-productive. We need to remove many restrictions on trade in agricultural commodities so as to stabilise food markets and help agricultural growth.

The amendment to The Essential Commodities Act does that and should, therefore, be welcomed. The restrictions on ‘hoarding’ were a legacy of the food crisis of the 1950s. We do not need these now, barring a national food emergency. Removal of these would help traders and stockists, and may sometimes help crop prices from falling. By the same logic, the government should have done away with the export restrictions on agricultural commodities. But that critical piece is missing from these ‘reforms’.

Doing away with APMCs

On the FPTC ordinance, there is no doubt that the existing APMCs are full of problems. Farmers are over-charged and often exploited. They could do with some stiff competition. But the changes proposed in the ordinance, especially the prospect of zero-tax trade outside the APMCs, could lead to the “withering away of the eco-system of the APMC”, as Siraj Hussain acknowledges.

Would that help the farmers? We just have to look at Bihar, which did away with APMCs in 2006, and other states that have never had APMCs. I can say through personal experience that farmers in these places would rather be exploited by the APMC than be at the mercy of a private trader in a fragmented market.

This ordinance would help big business do direct deals with the farmers, but it is not clear that it would help the farmers who have little bargaining power. It could end up demolishing the existing faulty structure without replacing it with anything better.

Similarly, giving legal sanction to contract farming would help corporates enter the agriculture sector and may increase productivity. But would it help the farmers? For one thing, the FAPAFS ordinance has little to offer to the millions of farmers who are currently engaged in contract farming through informal agreements of theka or batai.

Some form of registration of these tenant farmers without threatening landowners would have been a huge land reform waiting to happen. Instead, the FAPAFS could lead to disruption in this ongoing practice of contract farming. The absentee landlord would now prefer to deal with written contracts of a company over the hassle of dealing with local tenants. There is nothing in the ordinance to ensure that the contract agreed to by the small farmer with little bargaining power would be fair. There is an elaborate dispute resolution mechanism, but how would the farmers access it when pitted against big companies?

History teaches us that laws do not operate in vacuum. It all depends on the conditions in which a law is enacted and executed. As scholars of agriculture and mandis remind us, we “must not begin by overstating the power of legal reform in guaranteeing economic freedom and outcomes”. Given the timing, the context and the overall balance of power in which these three ordinances have been enacted, these are likely to work for the traders, big agri-businesses and corporates and not for farmers, least of all small farmers.

These reforms may increase agricultural productivity, improve food markets but are unlikely to help farmers’ incomes. At best, this may be another example in the long history of policies that work for agriculture but not for farmers.

published in The Print