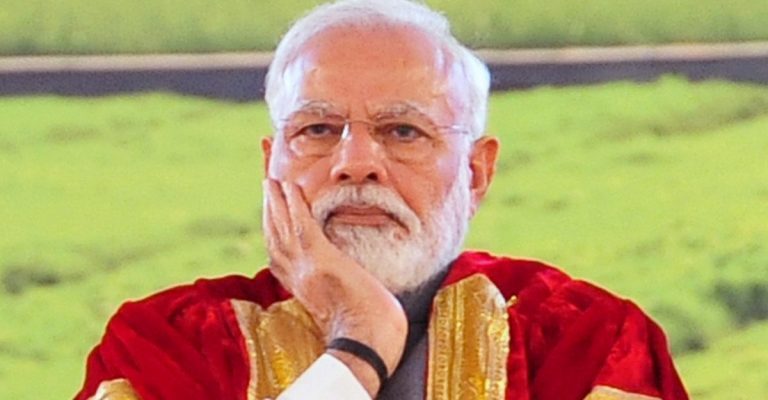 On Tuesday, Prime Minister Narendra Modi spoke to India at the intersection of three full-blown national crises, something rarely seen in history. Coronavirus refuses to go away, presenting the biggest ever challenge to public health since Independence. The economy refuses to pick up after the lockdown, threatening the country with the first recession in 40 years. And China refuses to budge from the areas it has occupied on our side of the Line of Actual Control, causing the worst national security scandal since 1962.

PM Modi did not even deign to acknowledge these expectations. Instead, he seems to have devised a strategy of political distancing from all these crises. This takes three different forms. The health crisis would be met with delegation of responsibility and blame to the state governments and local authorities. Economic crisis would be left to market forces with minimalist intervention from the central government. And brute silence punctuated by an occasional bravado would be the response to external security crisis.

Thus, Modi’s Tuesday address confirmed what is becoming clearer by the day. The next few months could well be the toughest time India has seen since Independence. The government is in no position to acknowledge the problem, let alone resolve it. Yet it remains politically unchallenged, in full control of all governmental and autonomous institutions, in a position to direct the media, dictate political agenda and shape public conversations. The Modi-Amit Shah duo is still a master of the game of politics and image management. Most of the mainstream opposition parties are in no shape to undo their political irrelevance during this national crisis. There is a political vacuum. This is the moment for lokniti, for a new kind of politics.

Take the politics around the coronavirus pandemic. The current figures leave no room for bluster. Gone are the days of ‘breaking the chain’ or ‘flattening the curve’. The apologists of the Modi government have shifted from these ridiculous claims to now searching for modest reduction in the number of “doubling days” or to a meaningless count of “cases recovered” and now, finally, to a low count of deaths.

No matter how you spin it, the fact remains that we are headed to be amongst the highest number of coronavirus positive countries in the world, that we may well have been at the top if we cared to test as much as we should have, that we did not use the lockdown window to prepare for the extent of this emergency and that our public health system is collapsing in the face of the pandemic, including in some of our best served metropolitan centres like Mumbai and Delhi.

In the face of this crisis, the Modi government has simply washed its hands off. Except intervening in the impending disaster in Delhi, the Modi government has stepped back from proactive action, planning or even information sharing. Yet, the opposition has not been able to corner the government, not the least because, with the singular exception of Kerala, the opposition parties don’t have much to show in the states they rule. No one can force a political consensus around something as elementary as “test, trace, isolate”. There is no public campaign for a simple and minimalist demand: universal, comprehensive and free healthcare for all Covid patients.

Take the economic front. All the claims of V-shaped recovery have made a U-turn. The 21-lakh crore package has come to be seen as the PR stunt that it always was. We are staring at a negative GDP this fiscal year.

Manufacturing has not picked up because demand refuses to pick up. Despite expanded liquidity, banks are unwilling to lend and entrepreneurs are unwilling to borrow. Unemployment figures have come down, thanks to massive expansion of MNREGS and drop in wages. But these cannot continue for long. There are reports of hunger, malnutrition.

Yet, Modi’s speech made it clear that the government is going to stick to its myopic economic policy that defies every expert opinion that should matter. The fan-fare about the PM personally extending additional and free ration for another five months, a desperately needed move to save the poorest from hunger during the rainy months, only served to remind what the government was not going to extend beyond June: ex-gratia for most vulnerable sections, cash transfer to Jan Dhan accounts, free gas cylinders and special ration for migrant labourers. It also signalled that the government was not going to consider any more relief measures: no compensation to farmers, no cash transfer for needy families, no ex-gratia to hawkers and vendors, etc, no interest subvention on housing loans, no rollback of predatory taxing of diesel and petrol. Yet, the opposition has not succeeded in mobilising any of this resentment, largely because it has not offered a coherent alternative policy package.

And, finally, take the border situation. The latest satellite pictures, credible reports and the statements by the government’s own officials leave no room for denial. China has occupied a substantial chunk of strategic land on the Indian side of LAC and it won’t budge. Instead of taking the nation into confidence, the PM resorted to bluff (“koi nahin ghusa”) in the recent all-party meet, then bluster (“munh tod jawab”) in his Maan Ki Baat, followed by complete silence in the address to the nation. Seems we have to wait till the PM has some TV-worthy action, perhaps some kind of virtual strike, to report to hear anything resembling the truth from the PM.  Yet, such is the lack of credibility of the opposition on this issue, that the Congress’ justified questioning could be brushed aside, for it seemed to be enjoying the ruling party’s discomfiture more than the national loss.

This moment calls for a new initiative, a national mission, beyond the pale of mainstream rajniti. The Modi government’s failure on the governance front and yet its hold over state institutions combined with the failure of the opposition to offer a credible alternative is a perfect recipe for the assassination of democracy.

World over, authoritarian rulers have used natural disasters, economic and national security crises for strangulating civil liberties and extinguishing democratic routines. This is a real threat to whatever remains of constitutional democracy in India.

The answer must come from outside mainstream political parties. The opposition to the current dispensation must focus outside the electoral arena. What we need today is nothing short of a national movement to tackle the triple catastrophe that India faces. On the health front, we need a volunteer force to go from village to village, from basti to basti, to help survey the population and track the spread of Covid, beside helping the people access public health infrastructure. On the economic front, we need a team of action-researchers to be on the ground to assess the economic condition of the people, while monitoring the availability of ration and MNREGS jobs. On the security front, we need a group of patriotic people to take the truth to the people without jingoist war-mongering. We do not need a separate save democracy movement; a people’s movement that attends to these three tasks will by itself work towards saving democracy.

Jayaprakash Narayan had called this kind of politics lokniti. It does not shun rajniti; it subsumes power politics in a wider and meaningful activity that includes struggle (sangharsh) and constructive work (nirman). This is a moment of truth for India, a turning point that will shape the country’s future. The nation waits for a nation-wide lokniti initiative to face this unprecedented crisis and reclaim our republic.