Sarkar or a Circus, Mr. Kejriwal?

Sarkar or a Circus, Mr. Kejriwal? 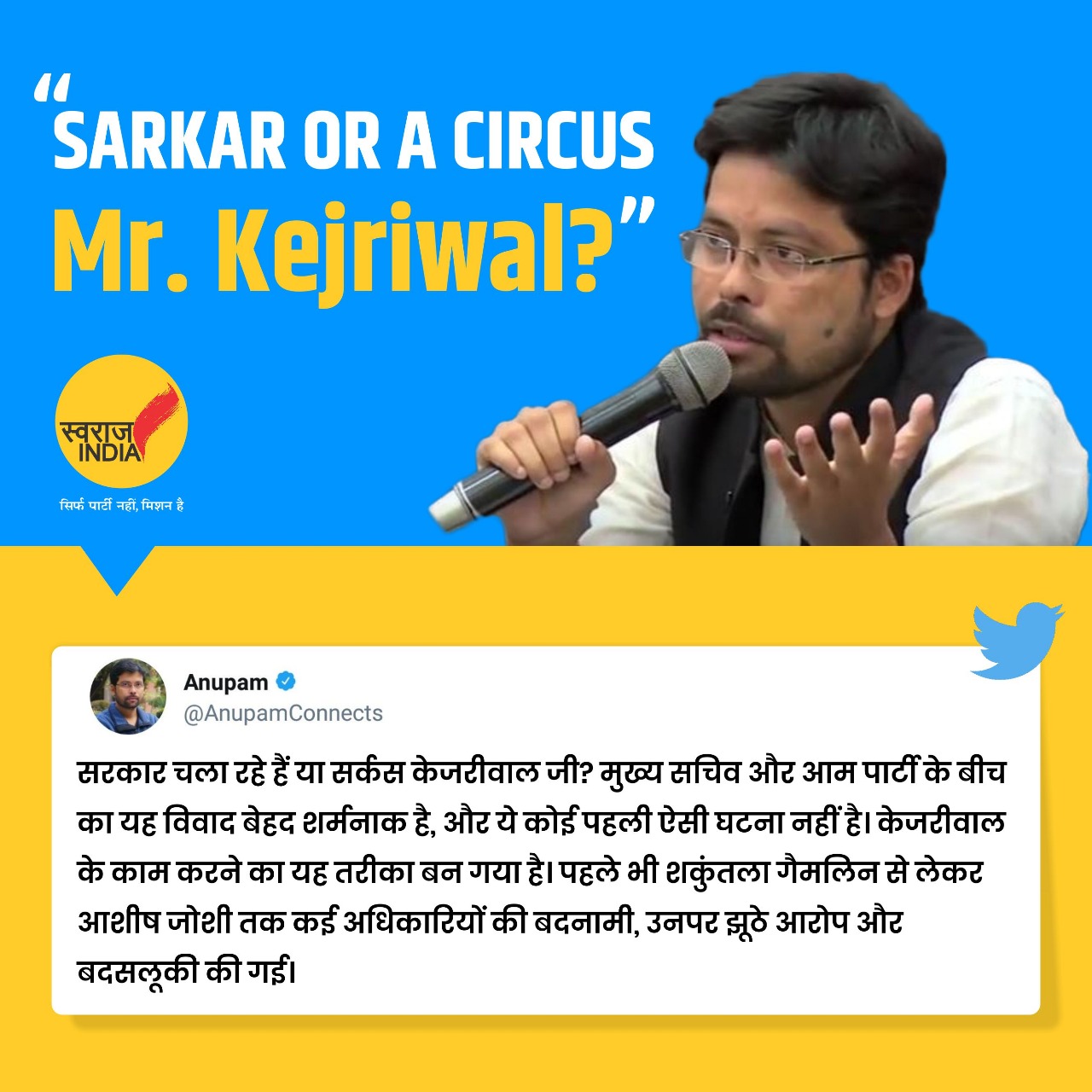 • The AAP-Bureaucrat controversy is shameful

Swaraj India has termed the ongoing controversy between Aam Aadmi Party and Delhi Chief Secretary as shameful and avoidable. Party leader Anupam said that it is not the first time that such an incident has come to light and that Mr. Kejriwal seems to be running a Circus instead of Sarkar. Earlier too in the past, Aam Aadmi Party members and it’s supremo have made false allegations against his own officers and insulted senior bureaucrats, be it Shakuntala Gamlin or Ashish Joshi, etc. Fact remains that Mr. Kejriwal has a liking for theatrics and wants such high voltage drama to continue in Delhi and not be questioned on substantive issues of public interest.

Given the past track record of MLAs like Amantullah Khan & mentors like Kejriwal, who believe in indecency & insulting acts as political tools, it’s not tough to believe the allegations made by Chief Secretary.

Chief Minister Arvind Kejriwal was himself present in the meeting where his MLAs are alleged to have misbehaved and manhandled the Chief Secretary. So why isn’t he coming out with a public explaination of the complete inside story?

The CM must come clean on what exactly happened and stop communicating through proxies. Also, the culprits should be brought to justice without VIP treatment to any of the accused. The LG should immediately speak to the CM, sit down with him and sort the matter. Anupam demanded that the AAP government focus on real public issues instead of such shameful acts of generating needless controversies.