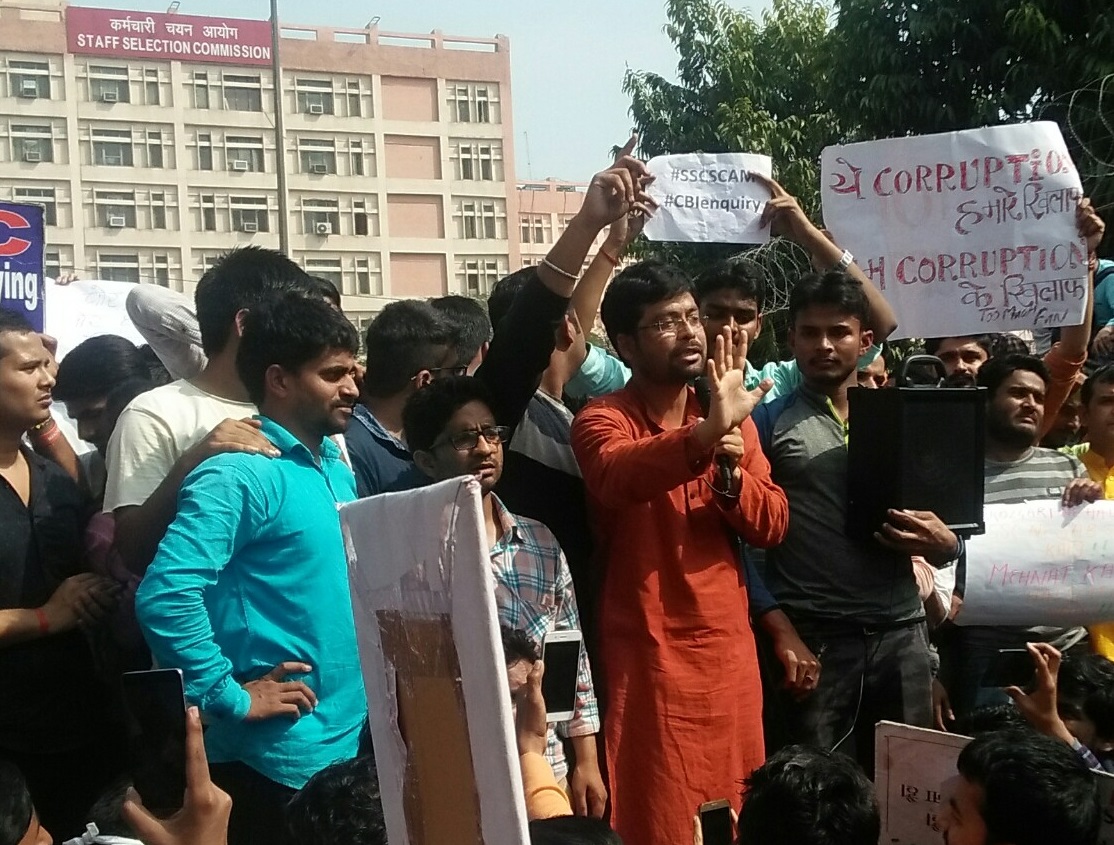 Swaraj India demands CBI inquiry into SSC paper leak
Swaraj India has extended its support to the thousands of students protesting against the paper leak in the Staff Selection Commission (SSC) examination. Party’s Delhi State President Anupam joined the protesting students at SSC headquarters located at the CGO Complex and offered his full support to the protesting students. The party has also demanded a CBI investigation into the paper leak scam. Describing the government as totally insensitive towards the future of youth, Anupam said that the future of the country lies in the collective future of the youth. So the youth dedicating themselves to this fight for future are the real nationalists.

The students are protesting against the leak of question papers and answer keys of the CGL 2017 Tier 2 exam conducted by the SSC. The students have claimed that the main reason behind the rigging and paper leak in the examination is the prevalent corruption in the SSC. The protesting students have demanded a fair CBI inquiry into the matter to ensure justice with the candidates.

Addressing the youth, Anupam also appealed to them to run the peaceful protest without getting provocated by authorities and assured them of complete support to their struggle.

Party’s national president Yogendra Yadav tweeted, “Thousands of SSC aspirants protesting in Delhi are demanding a CBI investigation into allegations of paper leak and mass cheating. If the SSC has nothing to hide, why not allow a proper CBI investigation? In complete solidarity with the protesting students.”