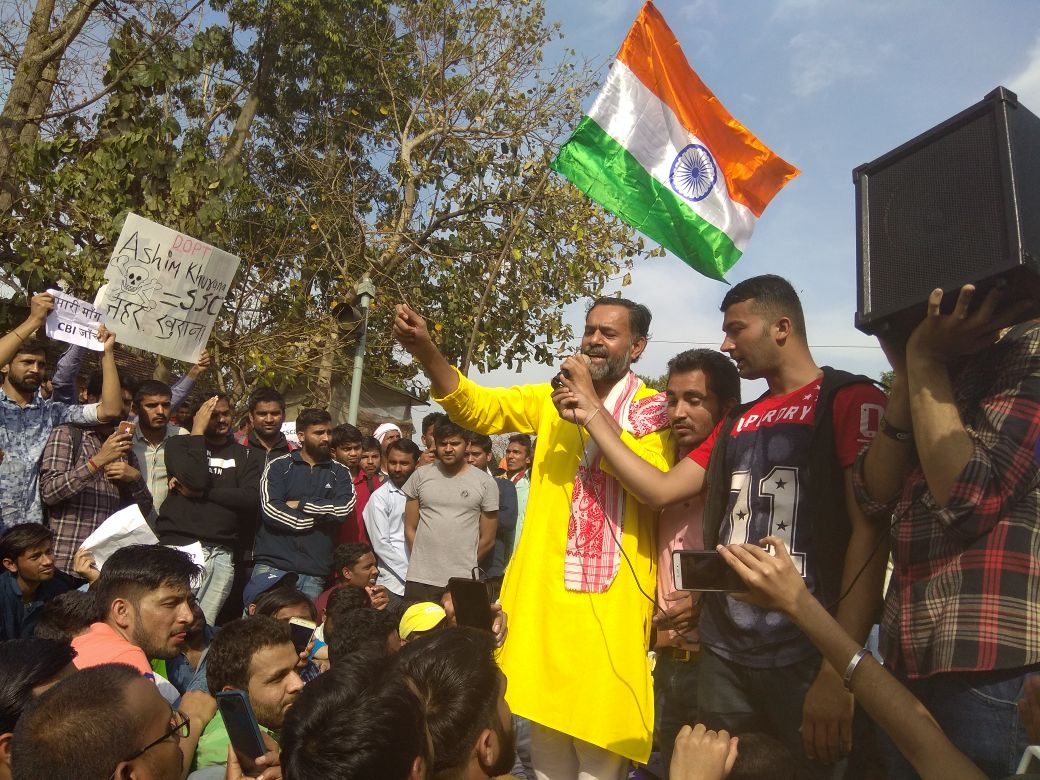 Demanding enquiry into the paper leaks, irregularities and rampant corruption in SSC, the students welcomed Yogendra Yadav who extended full support to the cause on behalf of Swaraj India. The protesting students told him that no one from the government or the opposition came to hear their grievances. They thanked Swaraj India for supporting their movement from the beginning.

Addressing a very large gathering of the protesting students, Yogendra Yadav praised them for keeping the protests peaceful and democratic while reiterating Swaraj India’s support. He said that the information that was coming out indicated towards a scam of massive proportion and acknowledged that the demand for an independent and fair CBI probe is absolutely right. He expressed his shock that such a minimal demand required the youth to protest. Slamming the govt demand for more evidence, he said it was laughable and only a probe can bring out more evidences. Whatever be the outcome of a fair probe, it will increase the repution and trust in the process of selection. Therefore the govt must accept the demands of students without any delay. Expressing hope, he said the struggle against SSC Scam would transform into a students’ movement exposing the irregularities in the selections for govt jobs throughout the country.

It shall be noted that party’s Delhi president Anupam had, on Wednesday, met the protesting students at SSC headquarters and extended full support to the aspirants on behalf of Swaraj India.