From Mandal to Modi, OBC sub-categorisation is caught up in bad politics

From Mandal to Modi, OBC sub-categorisation is caught up in bad politics 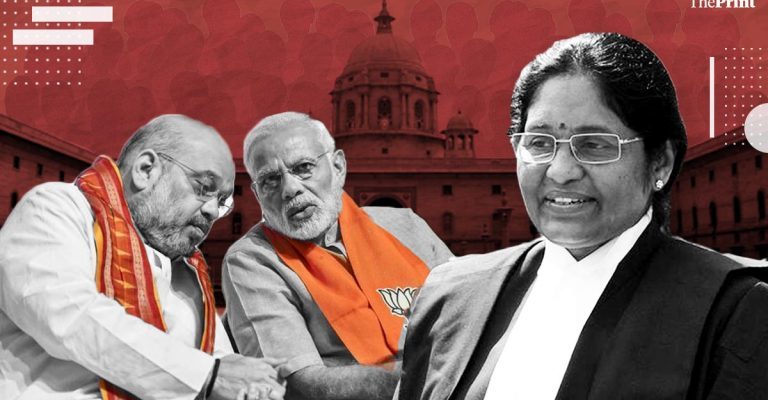 Sub-categorisation of Other Backward Classes is a good idea caught up in bad politics. For the longest time, it was blocked by vested interests. Then it found endorsement due to external calculus of electoral politics. Now it is being deferred, once again, to suit the electoral calendar. Or, perhaps, something even more diabolic. It is time to push for an early, transparent and fair implementation of OBC sub-categorisation.

On 24 June, the Narendra Modi government extended by six months the term for the Justice Rohini Commission, which is meant to inquire whether and how the 27 per cent OBC quota in central government jobs and educational institutions should be subdivided.

It was the ninth extension of this five-member commission. When it was constituted in October 2017, the commission was meant to give its recommendations within 12 weeks, perhaps in time for Karnataka elections. The Modi government was in a great haste then. Apparently, the commission was ready to submit its recommendations, some of which had even been leaked in the media, way back in 2018 itself. Since then, the government has found one pretext after another to ensure that the bombshell that it wanted to lob does not land in its lap. Clearly, the commission is happy to play along, ready to invent arduous routes and accept new tasks, to justify its continuation.

The problem is not that the Justice Rohini Commission is unable to come to any clear conclusion. The commission must have been given a political brief when it was set up: its job was to split the OBC quota. At any rate, the case for dividing up OBC reservation into sub-quotas is pretty straight-forward. What is called the OBC is not a social community. It is a rather ungainly legal-administrative nomenclature that puts together a wide range of disparate social groups and communities, with the sole qualification of being socially and educationally ‘backward’ compared to the ‘upper’ castes.

The 3,500-odd castes and subcastes listed in the central list of OBCs include at least five very different kinds of social groups. First of all, there are powerful land-owning farming communities like Jats, Yadavs, Kurmis in the Hindi heartland, Vokkaligas in Karnataka, and Kunbis in Maharashtra. The second group comprises a large number of numerically small peasant and allied communities such as fishworkers and herdsmen who have little or no land holdings. The third group includes artisanal communities like weavers, blacksmiths, carpenters and those engaged in handicrafts. Then there are the traditional ‘service’ communities – barbers, washermen, entertainers, and so on. The fifth and residual category includes nomadic communities or groups traditionally engaged in socially stigmatised occupations like begging, stealing or crime.

The case for sub-categorisation follows from this bewildering diversity. An ocean like this cannot possibly comprise social groups of similar levels of ‘backwardness’. The official OBC list includes groups that are only a couple of steps behind the upper castes, and also castes and communities that are worse off than some Dalit communities. Clubbing them all together in a single basket, as the Mandal Commission did, was bound to set up an unfair race within.

Little wonder that after three decades of the implementation of the Mandal Commission’s report, we find that a disproportionately large share of jobs have gone to a very small number of communities, largely from the first category mentioned above. The Justice Rohini Commission seems to have found some facts and figures that validate this widespread impression.

Sub-categorisation is a very simple way of addressing this inequality within the OBCs. The overall 27 per cent quota can be split into two or three sub-quotas and the OBC list accordingly split into those many parts. Those castes that have taken disproportionate advantage so far could be clubbed together and given a sub-quota as per their population share. This would ensure that the most backward communities would have a sub-quota of their own and won’t be required to compete in an unfair race.

Simply put, the reason that the OBCs deserve reservation is also why the most backward among the OBCs deserve a sub-quota. I have been arguing for this for more than a decade. The Supreme Court had explicitly endorsed this idea in the famous Indra Sawhney judgment (paras 801-3, 859-5), which is the binding wisdom on this matter. At least nine states are already using sub-quotas for the OBCs in government jobs, etc.

The problem is political. Ideally, this sub-quota should have been introduced in 1990 with the implementation of the recommendations of the Mandal Commission. The Commission’s report had a note of dissent that recommended splitting the OBC quota. But the dominant land-owning communities, the driving force behind the pro-Mandal movement, did not allow any sub-quota because it would have hurt them. The UPA government extended OBC reservation to educational institutions but continued to dodge this difficult question. The Bharatiya Janata Party (BJP) took it up because its vote bank was outside the powerful landed communities. It needed to court the most backward within the OBCs. Hence the BJP’s alacrity in considering sub-quotas within the OBCs and also the Scheduled Castes (SC).

The difficulty now is that the BJP has discovered that it does enjoy substantial support among the dominant farming communities as well. So, it does not want to do anything to annoy them. Hence the decision not to use the sub-quota card before the 2019 Lok Sabha election. The same consideration appears to weigh with the government now, before the Bihar assembly election scheduled later this year. The Modi government seems to be keeping both options open: defer the quota till an opportune moment or just put it in a permanent freeze. We should not be surprised if the commission wants to wait for the data of Census 2021 to finalise its report. That would be a pity.

Anyone interested in social policy should demand that the Justice Rohini Commission findings be released as soon as the coronavirus pandemic subsides. The real debate should not be about whether there should be a sub-quota or not. The serious issue is how to carve out the sub-lists and assign them appropriate quota.

The courts have repeatedly said that such a classification cannot be arbitrary. It should be based on credible evidence, something the Justice Rohini Commission appears to be engaged with. There is also the more difficult task of determining the population share of each caste group in the absence of a caste census. It would be appropriate to do this classification at the state level because the socio-educational condition of the same caste varies from state to state. All this requires an informed public debate.

But perhaps the Modi government is waiting to use this announcement as a political brahmastra, in case the current trend of its loss of popularity continues and it faces a legitimacy crisis. Is this the social upheaval that could distract India from the death of democracy? That is a diabolical thought. But you have to be politically naïve not to entertain it.