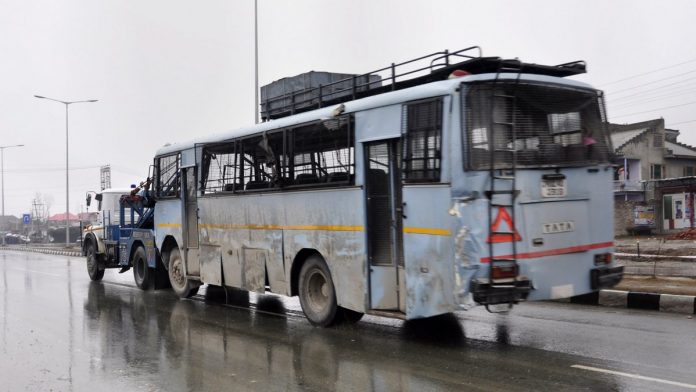 The Pulwama terror attack has exposed a gaping hole in the liberal conscience: the lack of a cogent view on national security.

The result is for everyone to see. Any such incident catches liberals on the wrong foot. We readily condemn any such attack. We ritually, and these days hastily, pay homage to those who died. If the dead are from the security forces, we have learnt to call them ‘martyrs’. We wish a speedy recovery to those injured. And after that, we don’t quite know what to say.

We know what is not to be done. Warmongering is obviously no solution. We point out, rightly so, that any knee-jerk reaction would be counterproductive. No doubt, an armed offensive by itself is not the most effective solution. We are quick to remind that the problem is not just external. Outsiders would not be able to do very much if there was no domestic support for the cause that the terrorists espouse. Clearly, it is not just a law and order problem. And, needless to say, targeting of our own citizens, mostly minorities, would only compound the problem.

This is all fine. The question is: what, then, is to be done?

But, what about this instance? What about all the instances before the last one? The trouble is that most of us live most of our lives in those in-between instances. And this response does not equip us to deal with real life questions that we face.

Take the Pulwama attack, for instance. More than 40 lives lost. These were no bystanders, but security personnel, belonging to the most used and abused but least celebrated of our security forces —the CRPF — going for high-risk duty. This was not due to any natural calamity, but due to a planned terror attack. This was not the handiwork of a lone out-of-his-mind terrorist. Clearly, he received logistic and intelligence support from outside. And, to top it all, a terror group operating from across the border owned up the act. The Jaish-e-Mohammed (JeM) has a free run in Pakistan and is known to play to the tune of Pakistan’s ‘deep state’, the army’s GHQ and the ISI.

How should we respond to it, here and now? To this, the peaceniks have no cogent answer. Not to put too fine a point on it: when it comes to national security, we live in denial.

This denial comes from two sources.

One, our post-Independence liberal elite feels awkward about nationalism. Like the European elite, we have started associating nationalism with negativity, jingoism and ethnic supremacists. In doing so, we have cut ourselves off from the rich and inclusivist legacy of Indian nationalism. We want to live in a modern nation-state without caring for our nationhood.

Two, we all partake in civilised hypocrisy: in liberal circles, it is not politically correct to discuss unpleasant matters like defence. At the butcher’s shop, we politely look away after ordering minced meat. We all wish to be protected. We want better policing, better law and order, and more secure borders. But we don’t want to discuss security.

This denial results in political schizophrenia or a perverse division of political labour: the BJP-led government is in charge of the security of our borders, while we take charge of human rights. The flip side of this division of labour is that Right-wing hawks, if not amateurish TV studio gladiators, have captured popular imagination on national security.

This is not new. Right from Nehru’s naiveté and the Communists’ silence in the face of Chinese aggression, the Left-liberals have had no defence doctrine of their own. No wonder, at a moment like Pulwama, they are on the defensive. Their condemnation of terror attack and condolences to the victims appear suspect. Their suggestions seem woolly or beside the point. In the wild world of political rhetoric, it opens them to false but powerful allegations of being unpatriotic.

Pulwama can be the starting point of making amends for this historic mistake. There is no shortage of sensible and knowledgeable defence experts in the country, including those who have served in the armed forces. Some of the sanest advice and analysis over the last week has come from those who have themselves donned the uniform. But their view does not become the dominant common sense, as it is not part of a larger political agenda.

Let us begin by acknowledging that no self-respecting nation-state can sit quietly in the face of such a provocation. The government can and should find an effective way of inflicting serious diplomatic, economic and military cost to the JeM and its handlers in the Pakistani establishment. Any collateral damage and the risk of escalation into an open war must be avoided. When and how it should be done is not for us to opine. Clearly, any haste and need for theatrical visibility would reduce the effectiveness of the response.

Let this response to Pulwama be the starting point of a fuller and serious engagement with a national security doctrine.  While everyone talks about Pakistan, we need to think hard about the more serious long-term security challenges — especially from China. The size and resources of our armed forces need to be aligned with the requirement of India’s security challenges in the 21st century. And we need to refurbish the entire security apparatus to respond to the internal security challenges in a professional and humane manner. That can provide us with the space to resolve the Kashmir problem and Maoist insurgencies within a democratic frame.

First published in the The Print

The author’s views are personal.