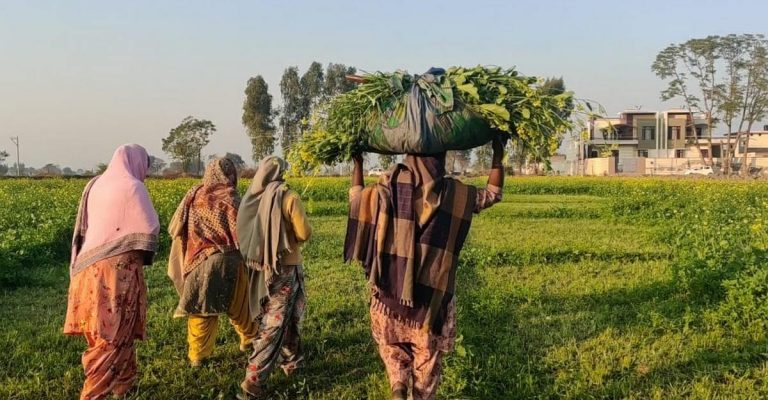 Finally, the bluff of Doubling Farmers’ Income has been called.

Not by any critic of the government, but by Dr. Ramesh Chand, Member (Agriculture) of the Niti Aayog. No, it was not a confession. You don’t expect that from functionaries in the Narendra Modi government. Rather, the truth tumbled out in the course of a casual and disingenuous plea for the three farm laws. This is what the PTI’s copy of Chand’s interview reads: “I will say that if these three farm laws are not adopted immediately, then I don’t see that goal (of doubling farmers’ income by 2022) getting fulfilled.”

Just chew on this one. The grand mission of Doubling Farmers’ Income was announced in February 2016. The deadline for meeting this target is 2022. We are already in the fifth year. Now the Modi government’s top expert on agriculture admits that the target may not be realised, not because it was unrealistic to begin with, nor because of any failure on the part of this government, but because of non-adoption of three laws that were introduced in course of the fifth year that have been stalled for the last three months. Weird logic? Well, you have not followed the story of the mirage called DFI — Doubling of Farmers’ Income.

Prime Minister Narendra Modi had made this announcement at Bareilly on 28 February 2016, a day before the Union Budget. This was not one of the manifesto promises of the Bharatiya Janata Party (BJP). So, you would imagine that some homework had gone into such a major declaration. Presumably, the government would know, first of all, what the farmers’ income was in 2016. It must have done some basic arithmetic on what it would take to double that income within six years. You hope that the government would have at least a rough roadmap of policies that help achieve that target. Finally, you would expect that regular monitoring and review of the farmers’ income follows such a major declaration.

You are wrong on every single count.

As soon as Finance Minister Arun Jaitley repeated the PM’s announcement in his budget speech, questions were asked about what was the farmers’ income at that time and what it would take to double it. No one had any answers. It took the government a few months to answer an elementary arithmetic question: was the calculation going to happen at constant price or current price? In other words, was the target of doubling going to discount inflation? Thankfully, the government finally acknowledged that the target was to double the real income of the farmers, controlling for inflation, and not just their nominal income.

So, what would it amount to in rupee terms? Well, the government appointed a committee, six weeks after making the announcement to the country, to find this out. The Doubling of Farmers’ Income Committee (DFIC), headed by a sensible and knowledgeable civil servant, presented the basic arithmetic of doubling the income in August 2017. The Committee had to extrapolate from an old survey carried out by the National Sample Survey in 2011-12, as there was no other reliable source of data to benchmark the starting point. It estimated the annual income of a farm family in 2015-16 at Rs 96,703. That works out to about Rs 8,000 per month for a family of five or more. Mind you, this income included earning from non-farm activities like service, business or dairy. Doubling of farm income by 2022 would mean annual family income of Rs 1,72,694 at the prices of 2015-16 (doubling of farm income, but not that of non-farm income of the farmer household), or about Rs 2.5 lakh at the expected prices in 2022. This would require farm income to grow at an annual rate of 10.4 per cent in real terms — something Indian farmers had never experienced before.

We were already one and a half years into a six-year mission by the time its starting point and the target were clearly identified.

What, then, should be the policies to achieve this unprecedented growth? It took the DFIC another year to submit its substantive report in September 2018. The 14-volume report is undoubtedly a comprehensive document on agriculture policies. By the time the report arrived, two and a half years had passed and India was already in election mode. The government had no time to consider the report. The only major step that the BJP government took then, following its defeat in assembly elections, was something the DFIC had not recommended: hand out of Rs 6,000 a year to every farm family.

So, at the halfway mark of this historic mission, the Modi government did not even have a plan on paper on how the farmers’ income was going to be doubled. None of the budgets of this government has made any separate allocation for this publicised programme. Indeed, we do not know if this is a “vision” or a “mission” or a “scheme”. No one has ever clarified its official status. Yet, no BJP leader or spokesperson can speak for a minute on agriculture without mentioning the DFI. The most generous reading of the party’s claims would be that the DFI is not a separate plan or programme, but a vision to be realised through all the agrarian policies put together.

No monitoring, no data

In that case, what about monitoring and review? So far there is none. In the last five years, the Modi government has not gathered or released a single piece of information about the increase in farmers’ income ever since the announcement of DFI. It has not commissioned any ground-survey to check the progress of this national mission. In 2020, it announced an ‘Empowered Body’ to ‘review and monitor the progress’. It is yet to put out any document in the public domain.

The closest, though not strictly comparable, survey carried out by the NSS in 2018 was junked by this government, apparently because it showed a decline in the real income in rural India. It is fair to assume that we don’t have data on farmers’ income because the government is not interested in bad news.

The closest proxy for trends in farmers’ income during this period is the official data on Gross Value Addition (GVA) in agriculture and allied sectors. The latest official data in the Economic Survey of 2021 shows that the average rate of annual growth of agri GVA during the seven years of the Modi government has been 3.3 per cent, compared to the average of 4.6 per cent during UPA-I and UPA-II. In the last five years, the agri GVA grew by a total of 24.5 per cent. Ramesh Chand expects growth of 3.5 per cent in the coming year.

So, the six years of grand national mission for raising the farmers’ real income by 100 per cent are likely to end with less than 30 per cent actual increase. That works out to about 4 per cent per annum against the target of 10.4 per cent. This is no different from the real increase in farmers’ income between 2002 and 2012.

What, then, has the DFI achieved? Nothing for the farmers. Not to put too fine a point, it was a cynical propaganda device to create positive vibes about the BJP government. Its success is to be measured not by cold agricultural statistics but by air-time, TRPs and votes for the BJP. If there ever was a contest for super-jumla of the century, Doubling of Farmers’ Income would be among the top contenders.