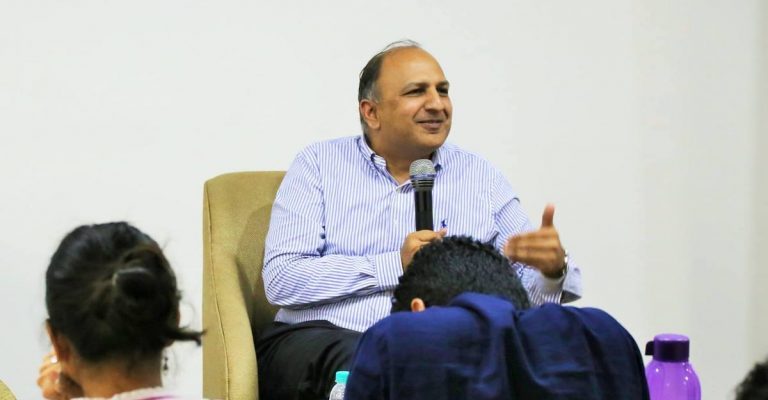 Our collective reaction to Pratap Bhanu Mehta’s ouster from Ashoka University is disappointing for more than one reason. A short-lived outrage in a small circle seems to have given way to a quiet acquiescence. Professor Arvind Subramanian’s response was exemplary in its timing and messaging, not the least because he cannot be dubbed as anti-government. The statements by the faculty and the student body at Ashoka showed more courage than you would expect in a private university. Add to that statements by academics based abroad and a few editorials, and that’s all we have by way of response to this defining moment in the shrinking academic space in India. The contrast with the nation-wide reaction to attempts to silence lawyer Prashant Bhushan tells a story. It is hard to avoid the impression that envy may have diluted our moral sensibility. Apparently, a famous academic, an elite private university and its rich patrons do not stir our public conscience.

Even more disappointing is the nature of our response. It is a sign of the times we live in that we ask every question except the one that needs to be asked. We ask tough and valid questions of the Ashoka University founders and trustees, but with an emphasis that seems misplaced. We ask questions about the elite nature of Ashoka University, its faculty and students, without appreciating that these are beside the point in this instance. This occasion has been used by some to take potshots at Pratap Mehta as a public intellectual. All these leave us with little energy to pose a question to those who orchestrated it all, those who arm-twisted the university, those who cannot take any expression of dissent. The one-who-cannot-be-named remains untouched.

What Pratap’s writings did

Let us begin by asking a simple question: Why is this government so nervous about a highbrow political scientist? After all, Pratap Bhanu Mehta writes only in English, much to the disappointment of friends like me. He does not appear on TV despite incessant requests. And he keeps away from any political party, movement or ground action of any kind. So, why should the government bother about him? It can’t be just the erudition and scholarship that backs his intellectual criticism of the ruling ideology. His writings cover an astonishingly vast range of fields: moral philosophy, jurisprudence, political institutions, foreign policy, national security and political economy, to name a few. He is among the few Indian intellectuals who have learnt something, other than accent and mannerism, from their stint at elite universities abroad while retaining cultural self-confidence. His intellectual fearlessness is not reserved for this government. He has the courage to question his dear friends, publicly. His views on caste and reservations annoy most of my friends. He and I have publicly disagreed on this. But I see his willingness to take a position on this issue as a mark of his intellectual courage. But, to be fair to the ruling dispensation, it simply does not have the intellectual equipment to be perturbed by these qualities of Pratap Mehta.

The heart of the matter is his criticism of the policies, politics and the personality of the current government, including that of the Supreme Leader. He is not one of those virulent and nagging Narendra Modi-critics who are a pain in the neck every morning. Pratap is sharp but subtle. He questions their ideology, but you cannot put him in an ideological box. He chronicles the decline and fall of our institutions without falling back on ready-made descriptions. He takes apart the Modi government’s nationalist claims by clinically examining issues of national security. And Pratap exposes the Prime Minister, after giving him maximum benefit of doubt, not just for his ideology, but for his sheer incompetence. That must hurt. Pratap Mehta is not one of those deracinated Left-secular critics the Modi government would not mind. He understands, decodes and lays bare the architecture of New India. He is a serious challenge to the hidden hand that shapes the policies and politics today. Hence the need to silence him.

In a private university

This relates to the question about the institution: Why should we be bothered about the happenings inside a private university? This incident has triggered many dissents that have interrogated the ‘liberal’ self-image of the university. There is no doubt about its elite character, and not just in intellectual terms. Most of these private universities are sites of caste and class privilege. Middle-class parents would have to dip into their life savings to afford this education. (Disclosure: the author belongs to this category of parents.) No doubt the impressive faculty that the university has managed to recruit is often at the cost of public universities. There is something odd about teaching liberal values, justice and fairness in such an island of power and privilege. No doubt, the university’s liberal self-image has taken a beating. Yet these critics forget that in this instance, their argument cuts the other way.

Finally, the question about the surrender by the trustees: Why did the independent and philanthropic founders of a university give in to the powers that be? We do not yet know if the trustees “crawled when asked to bend” as Ramachandra Guha put it. Maybe they just bent when asked to bend, or were ordered to crawl. We do not know whether the government used a carrot or a stick, or both, whether it was big or small. But we do know that Ashoka University draws more on genuine private philanthropy than most teaching shops that pass off as private universities in India. We also know that its founders and trustees include a wide range of new-tech entrepreneurs not beholden to any party. Logically, therefore, it must have fewer skeletons to hide and be less fearful of the government. Was this a meek surrender? Or was the pressure from the top just too much for any institution to take? We may never know the full answer. But we do know that when this set of patrons can be arm-twisted into pushing someone like Pratap Mehta to quit, the message for every other academic is loud and clear. As they say in Hindi: Tum kis khet ki mooli ho?

That is the real silence in this debate. We have flogged the messenger, perhaps rightly so, but no one speaks about the author of this message. Not because anyone is in doubt about who the author is, or about the content and the intent of this message. The reality is too familiar, frightening and boring. So, we pick soft targets, we discuss inanities, but we do not talk about the elephant in the room. That has already become furniture. We start treating the nature of political power as a fact of nature. That is how we become complicit in the suppression of our liberties.