Farmers’ movement can’t and shouldn’t be apolitical. That’s not a democracy

Farmers’ movement can’t and shouldn’t be apolitical. That’s not a democracy 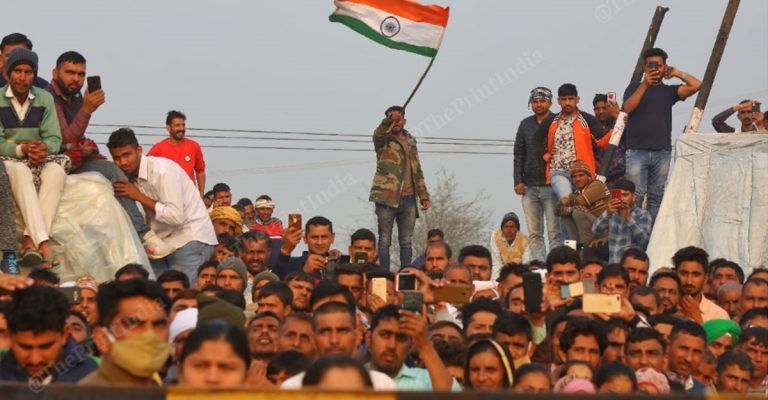 The Samyukta Kisan Morcha’s decision to intervene in the upcoming assembly elections is bound to re-ignite an old debate: Should the farmers’ movement keep away from politics? The demand for apolitical movements, in line with Prime Minister Narendra Modi’s derision of andolanjivis, reflects a new low in our rapidly shrinking democracy.

Just for the record, the Samyukta Kisan Morcha (SKM) is not going to campaign for any party or candidate. We have decided to appeal to the voters in Bengal, Assam, Kerala, Tamil Nadu and Puducherry to electorally punish the Bharatiya Janata Party (BJP) for its anti-farmer laws, for its outrageous attacks on the movement, for its use of State machinery to suppress and criminalise the movement and, above all, for its imperious arrogance. It is for the voters to decide how they wish to mete out this punishment to the BJP.  It is not for SKM to suggest who they should vote for.

An anti-democratic demand keeps coming up now and then: the farmers’ movement should be apolitical. Funnily, those who are most vociferous in demanding this are themselves politicians, mostly from the ruling party! Or media persons whose political loyalties are no secret. Our democratic politics has sunk so low that politicians can hope to gain political mileage by proclaiming that politics is dirty.  We have all given up on the difficult demand that politics should be responsible, transparent, ethical and truthful. Instead, we all prefer the easy path. Politics is selfish, nasty, brutish and short-sighted. So, let us do away with politics. “No politics please” seems to be our national banner.

This demand keeps raising its head within the farmers’ movement as well. The first wave of peasant movements in India was deeply political. Historic protests like the Champaran and Bardoli satyagraha were integral to the political struggle for national freedom. The Tebhaga movement and various other struggles launched by the Kisan Sabha were part of anti-colonial, anti-feudal politics of the Left, as was the Naxalbari upsurge after Independence. The demand for “apolitical” farmers’ movements gained ground in the 1980s and 1990s, as all mainstream political parties – the Congress as well as opposition – turned their back to the farmers. A failure to shape politics led to a defeated and defensive mindset and a demand for apolitical movements. This did not last long. Iconic farmer leaders like Professor M.D. Nanjundaswamy and Sharad Joshi soon realised that they had no option except to form their own parties and contest elections.

Yet the anti-political language persists. You have Kisan unions that name themselves “Arajnaitik” (apolitical). When there were inevitable allegations about that organisation taking sides during elections, the break-away faction called itself “Asli-Arajnaitik” (truly apolitical)! Rhetoric about keeping politics out resonates in every meeting of the farmers. This rhetoric has little connect with reality. Most of the big farmers’ organisations are affiliated, formally or informally, to political parties. This is true of at least one dozen organisations within the SKM. There is no scandal here, for this is exactly what one should expect in any functioning democracy. The scandal is that some of the movement’s leaders who are most vocal in demanding dissociation from politics are also most busy striking deals with political parties during elections. The demand to keep away from political parties is often a desire to choose the most convenient party or candidate to align with in each election.

Now, there is an element of truth to this suspicion of politics. Farmers’ movement, or any movement for that matter, should not be tied to the apron strings of a political party. A sectional movement of farmers, workers or youth must remain true to the needs and aspirations of that section rather than allow itself to be used as an instrument of the ‘party line’. All over the world, keeping the frontal organisations one step removed from the parent party ensures this. While these organisations share the overall ideology of the party, they do not follow the party’s commands or dictates on everything. Sometimes the mood from below forces such organisations to take a stand at variance from the parent political party. If they don’t, they risk losing their supporters.

Frontal organisations of the BJP-RSS are a good example. Bharatiya Mazdoor Sangh, the labour union of the Sangh parivar, has repeatedly opposed labour policies of the BJP government. Their farmer union, Bharatiya Kisan Sangh (BKS), initially opposed the three farm laws passed by the Modi government. Even today it is lukewarm in its support. It is no secret that the BKS has consistently warned and alerted the BJP government against going ahead with the farm laws. It would not survive if it didn’t.

We can and must guard against instrumental use of a movement by a political ideology or party. Movements that remain limited to such shallow political effects are consigned to the dustbin of history. Any attempt to prolong the farmers’ movement for its own sake or merely to foment disaffection with the Modi government must be resisted. Similarly, the farmers’ movement must guard against elements that give it a religious colour or use it for separatist designs. We must also be careful about a few individuals using the movement to pursue their personal political ambitions at the cost of the movement.

In a democracy it is naïve, if not wicked, to demand that a movement should have nothing to do with politics, political ideology or political party. If this were to happen, if a country were to witness mass movements that are completely delinked from politics, something is totally messed up about that democracy. I hope we have not already reached that point.