I worry about 2021 Bengal election. You should too: Yogendra Yadav

I worry about 2021 Bengal election. You should too: Yogendra Yadav 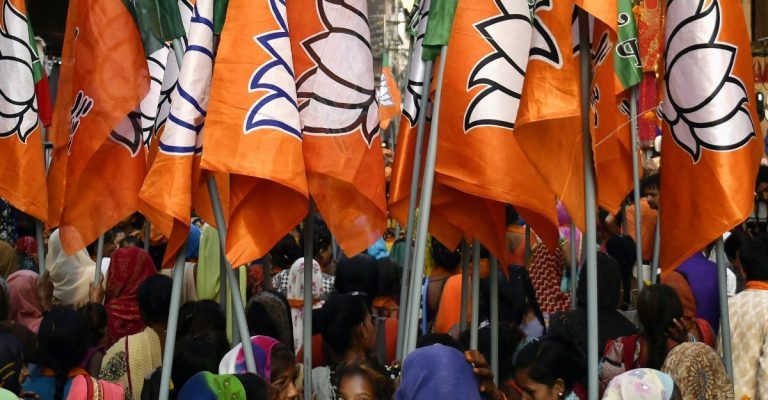 I worry about the coming assembly election in West Bengal.

Not because I am particularly invested in who wins or loses this election. By all accounts, the Trinamool Congress (TMC) has run an average government with some popular schemes. Its track record on democratic rights, or corruption is hardly sterling. The demise of the Left and the continuing irrelevance of the Congress is now a template of Bengal politics. In this context, the Bharatiya Janata Party (BJP)’s meteoric rise in the state is to be expected. Ideological and personal likes and dislikes apart, there is no special reason for alarm. No matter what the outcome, the fate of the people of Bengal is unlikely to change in any major way.

I worry because there already is a precedent in West Bengal. The infamous assembly election held in 1972 is widely believed to be one of the blots on India’s otherwise relatively clean record on holding fair elections.

In that election, Indira Gandhi’s Congress — it was called Congress (R) at that time — recorded a landslide victory reducing the Communist Party of India (Marxist) or CPI(M) to just 14 seats in a 280-member assembly. If you go by the pro-Left media and academics, the entire election was ‘rigged’.

A more balanced assessment suggests that the Congress was poised for a narrow victory anyway, riding on the 1971 Bangladesh Liberation War. It seems that last-minute panic of a possible defeat pushed Siddhartha Shankar Ray, a close confidante of Indira Gandhi at that time, into pressing the panic button and ‘manipulating’ the elections to ensure a landslide.

Whatever the motive, what we know is that in several constituencies, the Congress used strong-arm tactics, voters were allegedly turned away and booth-capturing took place. In many constituencies, the sudden switch in voting behaviour was hard to explain.

In short, the 1972 election was seen to be rigged in many instances.

I worry because the BJP is rather desperate to win this Bengal election. It can smell a chance in the state but it knows it is not quite there. The BJP has all the power and resources at its command. And, needless to say, little scruple.

The BJP’s desperation to win Bengal is no secret. Besides an overarching and all-consuming desire to expand its rule all over India, it has a clear need. The losses that the party has suffered and is likely to suffer in the North, where it has reached saturation, can only be made up from the East or the South. States such as Tamil Nadu and Kerala are still far away for the BJP. So it needs major gains from the East. For a party that is known to throw everything into a routine election, it is not hard to imagine what it might do in an election it is desperate to win.

The BJP knows that it has an outside chance in West Bengal. Its tally of just three seats in the previous assembly election does not indicate where it might stand today. Because its spectacular performance in the Lok Sabha election of 2019 showed that it was only three percentage points behind the TMC. If the Lok Sabha election were to be translated into assembly seats, the BJP would have won 126 seats to the TMC’s 152.

The BJP also knows that it is hard for it to replicate this performance. The party always does much worse in the assembly elections in the state than in the Lok Sabha elections. Besides, the party has no leadership face to come anywhere close to Chief Minister Mamata Banerjee’s popularity. It does not have a substantial election issue or a concrete agenda to offer so far. In other words, it is a situation of ‘so close, yet so far’. This is dangerously tempting.

My fears for Bengal

Let me pause here: I am ultra-cautious, almost a conservative, when it comes to allegations or insinuations of electoral rigging and fraud. I have scoffed at politicians, including Mamata Banerjee in 2006, when they use allegations of ‘rigging’ to cover their electoral reverses. I have maintained, much to the chagrin of my anti-Narendra Modi friends, that there is so far no credible evidence to suggest that the BJP’s victory in 2019 was based on EVM hacking or rigging.

Let me now spell out my worry, as far as I can see it in this stage. My worry is that election 2021 could have much more at stake than 1972. Specifically, I fear that in the coming weeks, the present regime, might use the following to somehow try to win this election.

First, some fear we could witness a virtual governor’s rule. Given the blatantly partisan actions of the current governor, you cannot rule out the Raj Bhawan virtually becoming the BJP headquarters. This would mean a slugfest for control of local bureaucracy during the elections.

Third, the Central government might be tempted into using the powers at its disposal to neutralise the strong-arm tactics of the TMC cadre on the ground, for which the BJP has no match at this moment. There are fears of blatant partisanship on polling day.

And finally, we are going to see one of the most divisive elections in India’s recent history. The BJP has already used every possible means of communally polarising the state — a state that has more than a quarter Muslims. Bengal has had a bloody communal history and has seen clashes after Partition too. A deliberate push to create communal divide and hatred can push Bengal into pre-Partition days. This could be one of the most tragic and enduring legacies of this election.

I sincerely hope that my fears and worries are unfounded. But given what I see so far, I do worry about the coming Bengal elections. So should you.