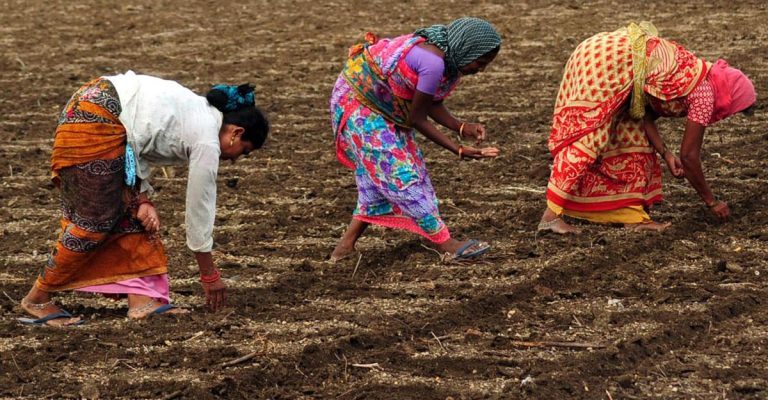 Ahistoric farmers’ movement is a moment to unveil a vision for the future. Not just for farmers or agriculture, but for rural India, and indeed for the future of India.

This movement has already created history. It has firmly brought back the farmers to the national imagination. You can’t pretend they don’t exist. It has put the fear of vote, more effective than the fear of God, in the mind of the political class. You don’t take panga with farmers. It has shut up market fundamentalists who whisper too-clever-by-half agri-reform recipes to the powers that be. No more corporate plugs masquerading as textbook economics pushing for “reform by stealth”. At least for some time. It has succeeded in pushing the envelope to where years of academic and political debates on agriculture could not.

Yet, it will be a pity if that is all this movement achieves in terms of imagination. It will be tragic if the successful halting of the “agri reform” onslaught becomes a pretext to perpetuate status quo. It will be sad if this pushback to corporate agri-business turns into a push for trade unionism of the better-off farmer. The imposition of the Narendra Modi government’s farm laws must serve to draw attention to the multiple crises faced by Indian farmers, farming and agriculture. These laws are not the starting point of the woes of the farmers. Nor is their repeal the panacea that the farmers need. This great movement must take forward the idea of India that places farmers at the heart of our future.

Indian agriculture faces three intertwined crises. While the current focus is, rightly so, on the economic crisis, we cannot afford to forget the ecological crisis that stares us in the face. Both these crises put together produce what the farmers experience as an existential crisis. Indian farmers need nothing short of a New Deal that addresses these three crises simultaneously. Ideas, policies and politics must come together to design this New Deal.

The economic crisis is easy to describe. Although nearly half of our working population (58 per cent of rural households) is mainly engaged in agriculture, farming is not economically viable. Landholdings are small: 86 per cent of farmers own less than 2 acres, based on the agriculture census 2015-16. Average yield is low and highly uncertain. Prices are low too and are kept systematically so. According to my calculations, this yields a meagre monthly income of less than Rs 8,000, including all sources of income. The number of agricultural wage labourers has kept swelling, though farm wages have remained stagnant. No wonder, average monthly consumption is higher than income. More than half of farm families are in debt.

Now, the lazy economists’ formula is to say reduce the population dependent on agriculture. Except they forget to mention the continent where this additional population should be transported. Or to specify sectors of our economy waiting to offer millions of additional jobs, notwithstanding the overall state of joblessness. The challenge is to find decent income for hard-working small farmers.

The ecological crisis is less easily noticed and is even more pressing. Green revolution has come to a dead-end. Superstitious belief in the magic of chemical agriculture and overexploitation of water has left us exposed to degradation of soil health and groundwater depletion at a frightening scale. Add to this loss of biodiversity, shrinkage in seed variety, decline in nutria-crops like millets, loss in livestock economy and deforestation, and you begin to see why ecological crisis is not a hobby horse of some fringe environmentalists.

And now think of the looming challenge of climate change. Soaring temperatures and uncertain monsoon is a recipe for disaster for Indian agriculture, especially for farmers dependent on rains. Incomes of these ‘dryland’ farmers are predicted to fall by as much as a quarter due to climate change. Ecologically sustainable agriculture is a material and pressing concern that we should have addressed yesterday.

Finally, there is the existential crisis that the farmers feel and react to. The oft-repeated story of farmer suicides, over 3 lakh in the last two decades. As agriculture shrinks in the national economy, farmers experience a diminution in their status and a loss of dignity. As the self-respecting cultivator, the farmer is forced to become a labourer, and soon, a migrant labourer. Farmers do not want their next generation to take to farming.

The challenge and the opportunity of the farmers’ movement today is not just to ward off the impending threat of the three laws or to secure some enduring economic gains for the farmers, but to come up with a way forward on the economic, ecological and existential crises that Indian agriculture faces.

It requires, above all, an imaginative leap. Indian leaders, policymakers and thinkers must be able to stand up and say: India is not condemned to relive European history. Indian agriculture will follow an Indian path. Indian farmers are not vestiges of the past. They are here to stay. Agriculture can and will provide dignified livelihood to a substantial population, many times more than it does in Europe or North America. Indian farmers are a repository of relevant knowledge and technology. Village India is not a dustbin of history. Rural India is a land of opportunities, and key to our national future.

This resolve, an article of faith if you will, can open the path for new policy architecture. This will have to be led by the government and backed by a substantially bigger budget. Some of this State support must take the form of higher and more efficient subsidies to the farmers, as our net subsidy so far has been low, if not negative. Some of these resources must be spent on a truly universal and comprehensive crop insurance as well as debt relief and reconstruction. But much of State support must go towards building agricultural and rural infrastructure that facilitates private entrepreneurship, agro-processing, farmers’ cooperatives, animal husbandry, forestry, and so on. Flourishing private initiative in agriculture needs more, not less, State support and initiative.

The design of this new architecture will be around a combination of income support with ecologically appropriate agriculture. The current focus of government procurement on wheat and paddy creates perverse incentives for farmers. Instead, farmers need to be offered price support for a wide range of produce on the condition that they adopt the crops that are suitable for local ecological conditions. Crop loan and crop insurance could be added to this mega scheme. A small top-up component of income support for small farmers, women farmers and other vulnerable farmers could be included in this package. And this will have to be linked to a boost for pastoralists, rural industry and handicrafts, etc. The future of agriculture must be integrated with a big push for decentralised reinvigoration of rural economy.

Will this cost a lot of money? Yes, at current price, we should be looking to spend additional Rs 3-4 lakh crore, around 10 per cent of the Union budget, for this New Deal for rural India.

Can the country afford it? Should this be our national focus? Well, that is a question of political will. The real measure of the success of the current farmers’ movement would be the extent to which it succeeds in creating this much-needed political will.