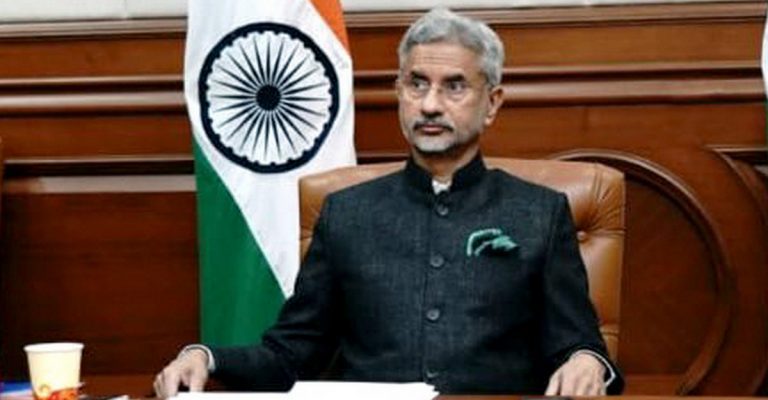 S Jaishankar has an unenviable task. He has been handed over the job to give a liberal gloss to a government that cannot spell l-i-b-e-r-a-l. More than manage external relations, he is here to manage external public relations, to ensure that the Narendra Modi government doesn’t get a bad international image. Now, that’s manifold more challenging than managing domestic media, mostly darbari if not outright sarkari, with a handful of carrots and sticks. So, you shouldn’t blame the hon’ble Minister of External Affairs if he occasionally botches it up.

As he did last Saturday at the India Today conclave.  He was asked about India’s downgrading by two of the leading democracy rating agencies. The US-based non-government organisation Freedom House released a report that classified India as “partly free”, down from “free” earlier. Sweden-based Varieties of Democracy (V-Dem) Institute has categorised India as an “electoral autocracy”. Jaishankar was aggressive in his response: “It is hypocrisy. We have a set of self-appointed custodians of the world who find it very difficult to stomach that somebody in India is not looking for their approval, is not willing to play the game they want to play. So they invent their rules, their parameters, pass their judgements and make it look as if it is some kind of global exercise.”

Now, Jaishankar is an educated man. He must know some basic logical fallacies that any intelligent argument must avoid. Usually, at the top of that list is ad hominem, Latin for “against the man”. This happens when someone replaces logical argumentation with criticism based on personal characteristics, background or other features irrelevant to the argument at issue. One variety of ad hominem is called “tu quoque”, Latin for “you too”. It distracts from the argument by pointing out hypocrisy in the opponent. This is a logical fallacy and does not prove anything simply because even hypocrites can tell the truth. When an otherwise intelligent and educated person uses this type of argumentation, you know he is really short on logic and facts.

This is not to dispute Jaishankar’s charge of hypocrisy. Of course, Europe or North America is nobody to distribute certificates of democracy. Not just because their certificates are inevitably linked to their foreign policy and economic interests but also because their own democracy is deeply flawed. The list of autocracies that the US has spawned and supported is too long to be enumerated. Besides, Freedom House and V-Dem are no gold standards of democracy rating. Actually, there is no gold standard in this field. Any quantitative measurement or categorisation of democracy is inevitably a subjective exercise open to challenge. All rating agencies invite experts who inevitably bring their own values. There is no way to have a completely objective rating of democracy. But subjective is not arbitrary and values are not necessarily biases. If long literary essays can be evaluated in terms of quantitative marks in an examination, the same holds true for democracy.

S. Jaishankar would know that the Freedom House and V-Dem have not invented democracy ratings or categorisations to damn his government. They have been publishing annual democracy ratings for most countries of the world for a fairly long time. He would also know that besides these two, there are other ratings such as Democracy Index by The Economist. There is also Press Freedom Index. Besides, there are reports by Amnesty International and UN Rapporteur on Human Rights. He would surely know that of late India has consistently fallen in each and every rating of democracy and has been severely indicted in human rights reports. These reports happen to have given a number and a name to what anyone who knows anything about India knows so well.

No doubt, each of these ratings is from a Western liberal understanding of what a democracy is. Yet it would stretch one’s credulity too far to suggest that all of them are into a grand conspiracy against India. It was rich of Jaishankar to claim that India was not looking for approval from the West. Facts suggest otherwise. No prime minister before Narendra Modi has held melas outside India to promote his image. No head of government was as keen to please an American president as Modi was to Donald Trump. No government has made such a song and dance about a routine Ease of Doing Business Index as this one did, a ranking that landed in a manipulation controversy. Never have Indian government officials preferred International Monetary Fund (IMF) data over India’s own statistics as during this government. No one in the world has tried to claim credit for a high score on severity of lockdown index as this government’s enthusiasts did. Ever since gaining Independence from colonial rule, no Indian government has been as craven in its need for Western certificates as this one is.

The only honest and intelligent way of questioning such ratings would be to counter them with facts. Jaishankar had only one fact to offer: that in India, everyone including the defeated parties accepts election results. But he forgot that the main target of this much-needed punch was Trump who was recommended to the American electorate by Modi himself. Besides, this fact only proves the fairness of counting and, at best, electoral process. It does not disprove widespread anxiety about the worsening state of civil liberties, capture of democratic institutions, erosion in the freedom of media, judiciary and other watchdogs, attack on political opponents and criminalisation of dissent in today’s India. In fact, the whole point of calling India an “electoral autocracy” is this: elections happen more or less fairly, but the country is non-democratic in between two elections. Unwittingly, Jaishankar has conceded this point.

The only other option would be to come up with an alternative way of measuring democracy. A news report says that the Ministry of External Affairs might support an independent Indian think tank to do an alternative global rating of democracies. At any other time, this should have been welcomed as an instance of the kind of intellectual ambition non-Western democracies must show. In today’s context, it is more likely to be another version of Colonel Gaddafi’s Green Book that sought to challenge the hegemony of Western political philosophy through some verbiage.

Mr Jaishankar’s attempt to clothe up the current state of Indian democracy is stark: The Emperor is naked. And no amount of words can dress it up.