Rammanohar Lohia was right about China. And was neither jingoist nor idealist

Rammanohar Lohia was right about China. And was neither jingoist nor idealist 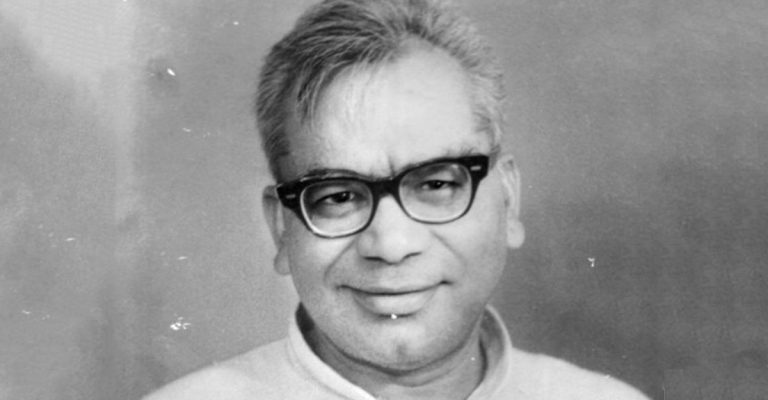 There was a streak of morbid vanity in Rammanohar Lohia’s oft-repeated statement: “Log meri baat sunenge zaroor, lekin mere marne ke baad (People will surely listen to me, but after I am dead).” Today, nearly 53 years after his death, there are three reasons to listen to what Lohia said about China.

First of all, because his was one of the earliest, consistent and forceful voices alerting India to the national security threat from China. Second, because he proposed a comprehensive ‘Himalayan policy’ to deal with the challenge from the northern frontiers. That is still relevant. Third, because he shows us a way to think about national security beyond jingoist realism of the “hawks” and the naïve idealism of the “doves”. There is a lot that is living in Lohia today. But this is one pressing reason to turn to him now.

As far back as in January 1949, Lohia was alerting India to the “Communist threat from across our northern borders”, especially China’s role in Tibet, Nepal and Sikkim. He was quick to condemn the Chinese invasion of Tibet in 1950. Thereafter, he kept a consistent vigil on the Chinese frontier, warned Jawaharlal Nehru against taking the Chinese regime at face value or entering into a border deal with them and was a fierce critic of the Nehru government for the debacle of 1962. A collection of his essays and statements on this issue, India, China and Northern Frontiers, is a testimony to Lohia’s relentless engagement with it.

There is an unmistakable streak here of ideological enmity vis-à-vis the Communists and an intense personal dislike of Nehru that colours his understanding of China policy. But that must not elide the significance of what he said. Lohia was the first one to challenge the shibboleth of Himalaya being our sentry. On the contrary, he identified our northern borders, rather than the challenge from then West and East Pakistan, as the key national security concern. This was an unusual thought in the 1950s, especially among the ‘progressive’ circles to which he belonged.

Reading Lohia today alerts us against ideologically tinted readings of the external policy of the Chinese state that was commonplace then and is still prevalent. The Communists, especially those who broke off from the parent party to form the CPI(M), actively supported China in general for ideological reasons. But many foreign policy analysts and China scholars too allowed their ideological sympathies to get the better of their scholarly judgement about the realities of the Chinese state. (My colleague and a great China scholar, the late Giri Deshingkar, used to call them “Mao widows”.) It is one thing to carry these illusions during Mao’s time, but quite another to persist with a refusal to recognise the actions of President Xi Jinping’s China.

The second reason to read Lohia today is to remember that the northern frontier is not just China and the solution does not lie in foreign policy alone. Lohia’s interest in China went back to the 1930s when he authored a booklet on China for the All India Congress Committee.

As early as 1950, Rammanohar Lohia proposed a Himalayan policy. The basic idea was to think of the entire Himalayan region from Pakhtoonistan in the west to Burma (now Myanmar) in the east as one integral geo-political entity. For those areas that fell outside India, Lohia was all for pro-active support to democratic forces in Nepal, Sikkim (which was not part of India then), Bhutan and Burma. Vibrant democracies in our neighbourhood were greater assurance of secure borders than monarchies or dictatorships, he thought. Under his leadership, the Socialist party in India played a critical role in supporting the Nepal Congress in its struggle against the Ranas.

For the areas falling inside India, Lohia supported a mix of free democratic politics, economic well-being of the local population and fostering cultural unity. He proposed a horticultural economy for ensuring growth in the entire region, so that material conditions of the local population improved. For him, the North Eastern Frontier Agency (NEFA, today’s Arunachal Pradesh) should have been characterised as Urvashiyam. Many of his proposals about identifying and cementing cultural elements that unite India with these border areas could look assimilationist today and need not be taken literally. But the idea that a nation is made and unmade through imagination is worth persisting with.

Finally, Lohia needs to be remembered for his unusual approach to issues of national security. Much of the discussion on external security gets bogged down in hawk-vs-dove binary. You either have the hard-nosed realists who wish to defend national interests by strengthening defence capabilities at any cost. Or you have naïve idealists who would like us to focus only on human security and thus disregard the external security challenge altogether.

The description so far would make Lohia sound like a narrow-minded nationalist. Nothing can be farther from the truth. If anything, Lohia was a romantic-universalist with unflinching faith in non-violence, someone who dreamt of a world of inter-racial mixing, where there were no borders or passports, and was ruled by a world parliament. Closer home, Lohia was a passionate advocate for annulling India’s Partition and creating a confederacy of India and Pakistan. Yet he was a nationalist, mindful of borders as long as they existed and careful about maintaining a balance of power to achieve peace.

This is exactly what we need today. The Chinese occupation in Ladakh and its brutal assault on our soldiers in Galwan Valley is likely to trigger jingoist nationalism or pathetic attempts at economic autarchy that we cannot sustain. This cannot be countered by wooly pacifism that covers up the Chinese aggression and preaches abstract civilisational dialogue. That is not going to work here. We need a deeper nationalism, that combines idealism and realism. We need to listen to Lohia, after his death.