This is no Emergency. Modi and Shah are using democracy to subvert democracy

This is no Emergency. Modi and Shah are using democracy to subvert democracy 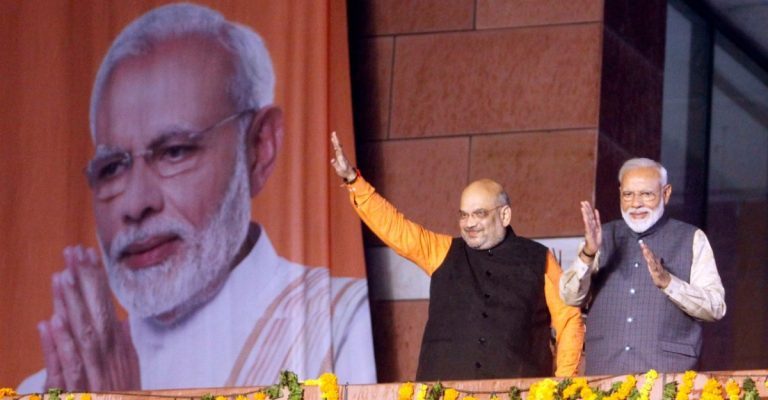 The 45th anniversary of the imposition of Emergency must not be wasted on bashing dead villains or on silly nostalgia. The experience of India’s past brush with authoritarianism must be used to think about how democracies die.

Emergency is at once an energising and misleading prism to think about the state and the fate of our democracy. It is energising as the struggle against Indira Gandhi’s authoritarianism invokes powerful memories.

I recall my father’s grim face as he listened to Indira Gandhi’s radio broadcast on the morning of 26 June 1975 in our village Saharanwas in Rewari, Haryana). I was barely 12 then, more agitated about Gavaskar scoring 36 runs in 60 overs in the first World Cup than about Indira Gandhi’s insult to Jayaprakash Narayan. The coming 19 months were going to be a period of political education for me, as my moderate, law-abiding father would find non-heroic ways of protesting against the Emergency, much to the horror of everyone around us.

We would tune in to BBC Hindi every evening to learn the truth about our country. In my small town, Sriganganagar (Rajasthan), I gave a passionate speech against the Emergency under the garb of a debating competition. Finally, when elections were announced in 1977, the entire family contributed to the Janata Party campaign. I wasn’t even 14 when I addressed my first election rally! I can never forget the vote counting day when I found myself in the middle of an electrifying crowd celebrating the defeat of Indira Gandhi. That was the beginning of my interest in elections and involvement in politics.

Millions of such small stories were woven with a handful of heroic tales of resistance against the Emergency to forge a collective memory that people rejected authoritarianism. This may have been a myth, because the real resistance was very feeble, nothing compared to the resistance offered by the pro-democracy movements in Nepal, Bangladesh and Pakistan. Yet, it remains a source of inspiration.

At the same time, Emergency is a misleading prism for us today. It invites us to ask the wrong questions: are we likely to see a repeat of Emergency? Are we already in an ‘undeclared Emergency’? Will the current government go for an Emergency-like suspension of fundamental rights, media censorship and jailing of opposition leaders?

Thinking of the demise of democracy through the experience of Emergency lulls us into believing that suspension of democracy must take the same form every time. “Undeclared Emergency” weaves an image of softer and invisible replay of the same experience. That is, of course, not true. Under the Narendra Modi government we are not reliving the experience of 1975-77. Our times may look better, but these may actually be worse than the Emergency. The danger is not that we may face another Emergency, but that we are in the midst of a democracy capture.

The Emergency was an exception to a norm; what we now have is a different norm. Emergency needed a formal legal declaration. Capturing democracy does not. The Emergency had a beginning and was, at least on paper, required to have an end. The new system that we now live under has a beginning, but no one is sure if it has an end. The challenge to democracy does not await us in a distant future. We are living in it. By looking for an Emergency in our times, we forget to notice that the first Republic inaugurated with the Constitution of India is already over.

This is the message of the book How Democracies Die: What History Reveals About Our Future. Published in 2018 by two Harvard professors of political science, Steven Levitsky and Daniel Ziblatt, this bestseller chronicles democratic breakdowns in our times. It reminds us that democracies mostly die an unspectacular, slow and barely visible death, mostly at the hands of democratically elected leaders, often through legal instruments. “The tragic paradox of the electoral route to authoritarianism is that democracy’s assassins use the very institutions of democracy – gradually, subtly, and even legally – to kill it.”

Instead of a military overthrow or a constitutional coup like the Emergency, authoritarian rulers usually kill democracies through everyday subversion of the political game. This takes three forms: capturing of referees, sidelining of players and rewriting of rules. The book draws examples from Peru under Alberto Fujimori, Russia under Vladimir Putin, Venezuela under Hugo Chavez, Hungary under Viktor Orban and, of course, the US under Donald Trump to document how democracies die in our times.

The book does not mention India, but it is hard not to see parallels between these countries and the India of Narendra Modi and Amit Shah. If anything, the capture of the referees – investigating agencies like the Central Bureau of Investigation (CBI) and Central Vigilance Commission (CVC), oversight institutions like the Central Information Commission (CIC) and Comptroller and Auditor General (CAG), and, of course, the apex judiciary – has been more smooth and complete in Modi’s India. The government did not have to exhaust the full armoury of purging, packing, threatening, bribing, hijacking or even dissolving these institutions to ensure their more or less assured compliance.

Similarly, the techniques used by the Modi government for sidelining players — opposition leaders, media, cultural icons and business leaders —  are not very different from those used by authoritarian leaders in countries where democracy was killed. It is especially instructive to see how these leaders have captured media without formal censorship. Fujimori’s henchman Vladimiro Montesinos was caught saying this about the Peruvian media: “All of them, all lined up. Every day, I have a meeting at 12:30 … and we plan the evening news.” Sounds familiar?

The only thing the Modi government has not done – rather, has not had to do so far – is a major change in the constitutional rules of the game. As yet, the rules of elections have not been changed, nor have elections been postponed. Its popularity with the voters and its success with the media, the Election Commission and the judiciary makes this unnecessary. But don’t rule it out. As the authors say: “One of the great ironies of how democracies die is that the very defense of democracy is used as a pretext of its subversion. Would-be autocrats often use economic crises, natural disasters and especially security threats – wars, armed insurgencies, or terrorist attacks – to justify anti-democratic measures.”