Yogendra Yadav (5 September 1963) is an Indian activist, psephologist and academic whose primary interests are in the political and social sciences. He has been a Senior Fellow at the Centre for the Study of Developing Societies (CSDS), Delhi since 2004. He is a former member of University Grants Commission (UGC) and National Advisory Council on Right to Education Act (NAC-RTE) constituted by Ministry of Human Resources and Development, Govt of India, in 2010. He was a member of the National Executive of the Aam Aadmi Party until 2015.

Yadav is a founding member of Swaraj Abhiyan and Jai Kisan Andolan. He is also the first and current National president of Swaraj India.

Yogendra Yadav’s father is a retired professor of economics and his paternal grandfather was a teacher. His wife, Madhulika Banerjee, is an associate professor at the University of Delhi.

In 2011, Yadav supported the general aims of, and spoke publicly at events, during the nationwide anti-corruption protests and later joined the Aam Aadmi Party (AAP), formed by anti-corruption activists. Yadav served as a member of the National Executive of the party. His involvement with the AAP was perceived as creating a conflict of interest with his July 2011 appointment as a member of the University Grants Commission, resulting in the Ministry of Human Resource Development ejecting him from the latter role in September 2013. Yadav had argued that there was no conflict.

Yadav contested the 2014 Indian general elections from Gurgaon constituency as an AAP candidate.

Together with Prashant Bhushan, Anand Kumar (sociologist) and Ajit Jha, Yadav has formed a new political organisation called Swaraj Abhiyan. Yogendra Yadav urged Delhi voters to choose NOTA in 2019 Indian general election as no political parties in Delhi have fulfilled their promises. He termed NOTA as “No Till an Alternative”. 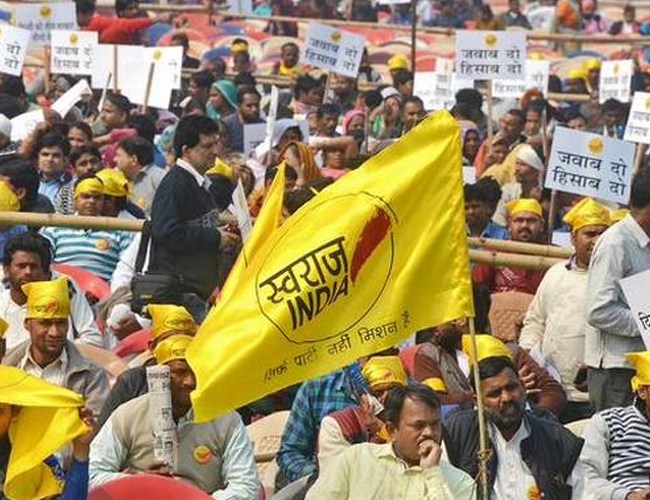 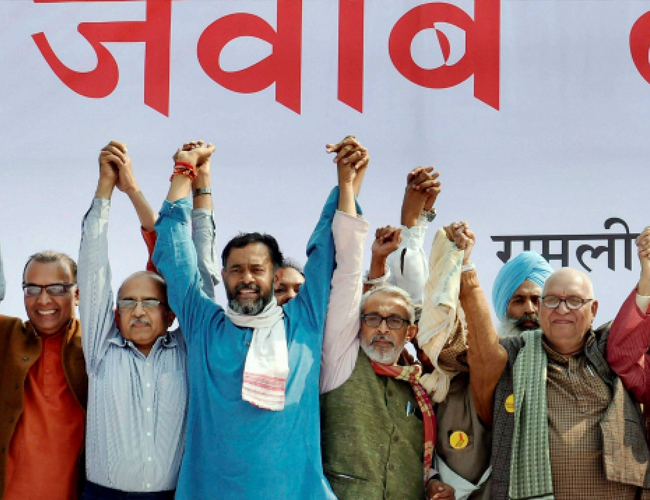 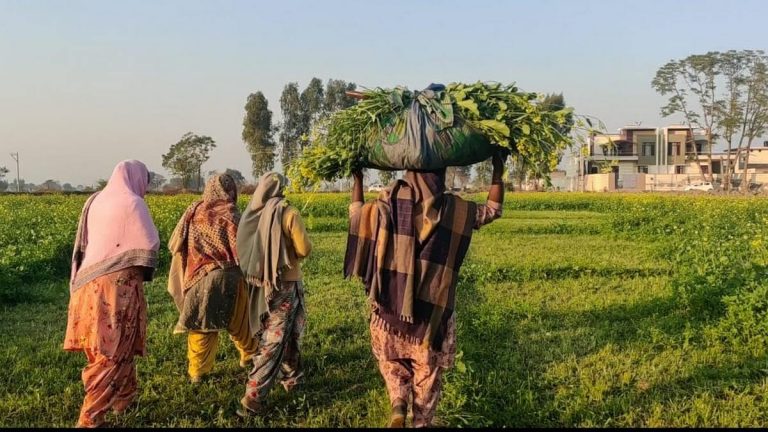 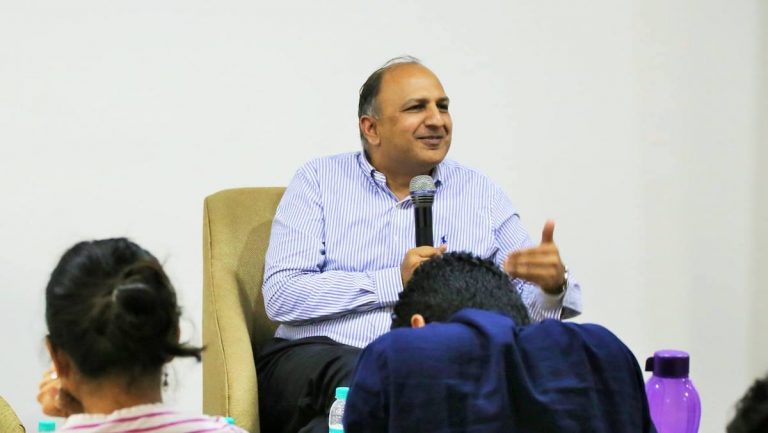 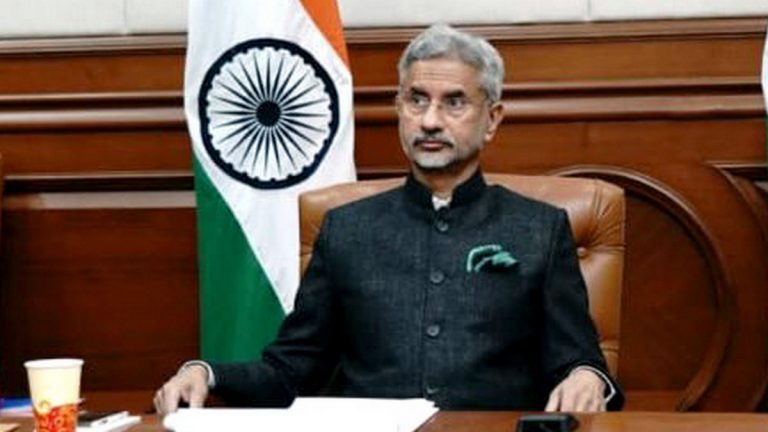 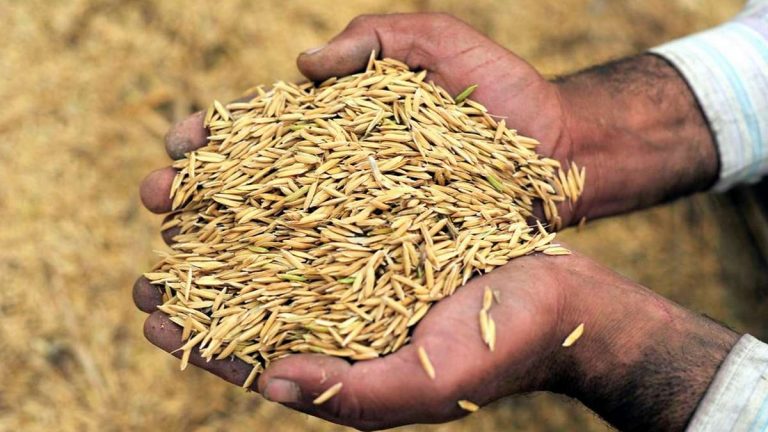